How to Reduce & Prevent Raindrop Erosion With Straw Blowing 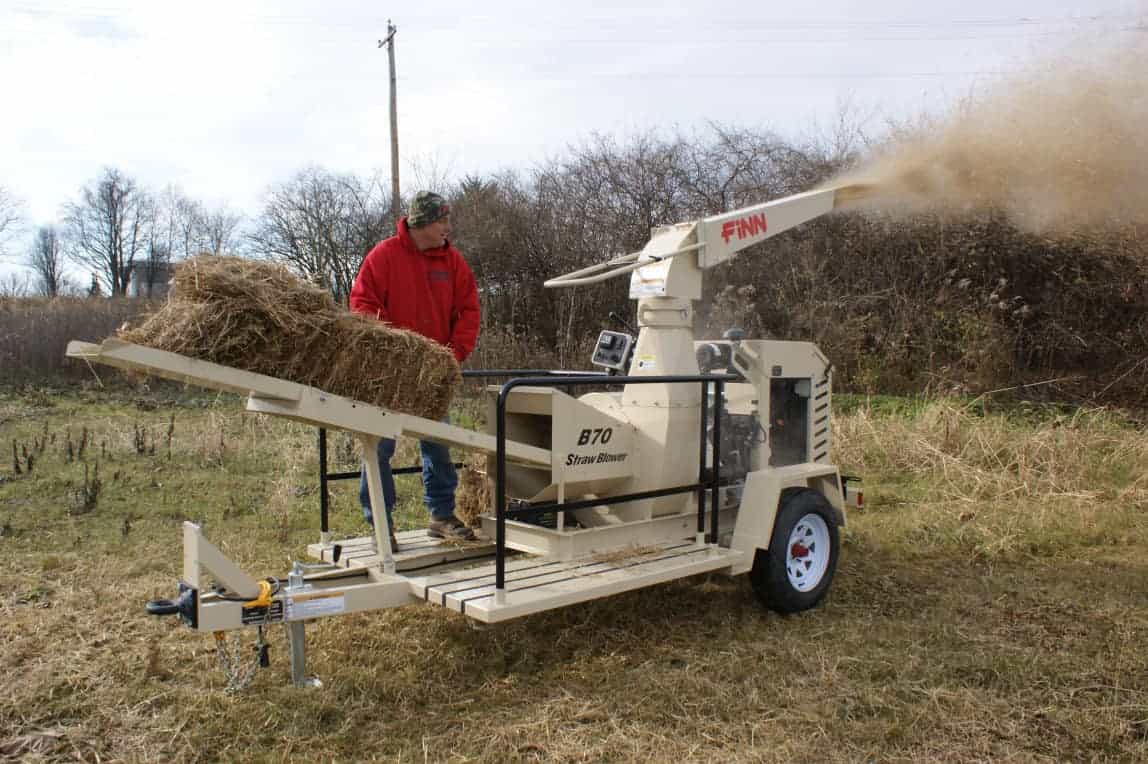 Raindrop erosion is a powerful, naturally occurring process that can alter a landscape and wash away soil containing valuable nutrients and newly sown grass seeds. While some may think it’s limited to agricultural and rural settings, raindrop erosion can affect any unprotected soil. A newly seeded residential yard, for example, could be susceptible to erosion without proper protection.

The cost of soil erosion is difficult to estimate, but studies suggest the total could be as much as $44 billion annually. Those are staggering figures, but there is a solution for landscaping contractors. Dispersing straw with a straw blower is a fast and effective method of protecting bare soil and controlling raindrop erosion. With a straw barrier, grass and other vegetation have the opportunity to grow and provide further protection from erosion.

What is water erosion?

Raindrop erosion is a process in which rainfall hits bare soil and breaks it into individual fragments, and those particles are transported from their original site. According to a Canadian government report on soil erosion, this natural process can reduce the nutrient-rich topsoil, which is high in organic matter.

The Oklahoma State University Cooperative Extension reports that rain falls at velocities of 30 feet per second, causing destruction of the topography of a dirt site. A single drop of rain can cause soil material to rise as high as three feet in the air and move nearly five feet from the site of impact. The Science Society of America estimates 26.4 billion tons of soil is lost each year to erosion globally.

Erosion is a slow process that chews away at soil over the course of years. In fact, erosion typically goes unnoticed until it’s too late. Water erosion is categorized into four types:

Why is Controlling Erosion Important?

The Science Society of America says soil left bare for even a short time can be affected by water erosion and harm the ability to grow vegetation, transporting topsoil into water bodies. This can cause problems, such as:

In addition, erosion could compromise the structure on a construction site. In fact, Charlie Finn, the founder of FINN Corporation, created the FINN Straw Blower after World War II, as the United States developed its roadway system. His initial concept provided landscaping contractors a fast, easy way to cover bare soil, protecting the ground under and near the road from erosion.

Controlling and preventing erosion is best done by covering soil with either growing vegetation or another natural material like straw. Grass, plants, straw and other cover materials absorb the energy produced by falling rain and slow the movement of water. Reducing the water flow rate on the surface prevents water from carrying topsoil to another location and allows more time for the soil to absorb the water for vegetation growth.

Applying straw to bare soil is one of the most effective, efficient methods to prevent erosion and assist in the revegetation of the landscape. The straw provides an erosion control blanket to protect the ground and freshly sown seeds. Not only does it protect the ground from erosion and the seeds from washing away, but it also absorbs water and provides seeds additional moisture to promote germination.

Mannering and Meyer conducted research evaluating erosion levels compared to the thickness of the straw blanket. Using a test site with a 5% slope, they simulated rainfall totaling 6.25 inches at a rate of 2.5 inches per hour. When no straw mulch treatment was applied, they observed 12 tons of soil loss per acre. Applications of one ton of straw mulch per acre or more resulted in virtually no erosion.

In addition, a study published in 2019 in the Science of The Total Environment found straw mulch is “efficient management in recent fire-affected mountainous terrains to control soil loss immediately after wildfire.” Erosion is a major concern after wildfires in mountainous regions. After a wildfire destroys vegetation, the ground is left without protection from the elements, and it is susceptible to erosion. While landscaping contractors are not typically facing the destruction of wildfires, the study illustrates how effective straw blowing is for erosion control.

Erosion control is an important factor to consider when working with dirt surfaces. Erosion can have a lasting impact on the topography as it displaces topsoil. Whether you’re protecting topsoil on a residential or commercial property, straw blowing is an effective, inexpensive method to protect soil and newly planted seeds from water runoff.

FINN Corporation has been the industry leader in straw blowers since its founding. FINN Straw Blowers provide smooth, reliable power and can handle every type of job site, from residential lawns to massive construction sites. With a FINN Straw Blower, your team can improve productivity and profits by increasing straw coverage and decreasing work time when compared to hand applications.

Straw blowing is the most efficient method to ensure water retention and protect soil from erosion damage, and FINN is here to assist you. Find a FINN dealer near you or visit the straw blower product page to learn more about FINN Straw Blowers.

Ron has been in the green industry since 1999 and is a Certified Professional in Erosion & Sediment Control (CPESC). Prior to being employed by Finn, Ron worked at an equipment dealer that not only sold Finn equipment but also specialized in erosion control supplies and materials. During his more than 20 years in the industry, Ron has been able to learn different erosion control techniques from his colleagues and customers and enjoys sharing that wealth of knowledge to help make his customers successful.

One of the best ways to enhance soil composition, prevent erosion, and improve the aesthetics of any landscaping project is to utilize bark and mulch blowing. For our purposes, bark and mulch blowing are effectively the same thing, and can generally be used interchangeably. Bark and mulch are both great choices to prevent weed growth and invasion, improve soil quality… 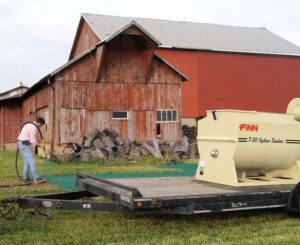 Hydroseed vs. Sod vs. Grass Seed

If you’re starting a lawn from scratch, you’ve probably come across the three common methods for seeding: sod, grass seed, and hydroseed.  In order to determine the best choice for your yard, you may want to ask yourself a few questions before you get started, and familiarize yourself with each of the processes so you can make the right choice…

How to Hydroseed: Hydroseeding Tips from the Pros

If you’re looking for a quick and effective way to seed a large area, get a lush, green, and healthy lawn, or re-establish vegetation in an area that’s been disrupted by construction activities or wildfire, hydroseeding, or hydromulching as it’s also commonly referred, has probably entered your radar.  And it’s easy to see why — hydroseeding is fast and cost…